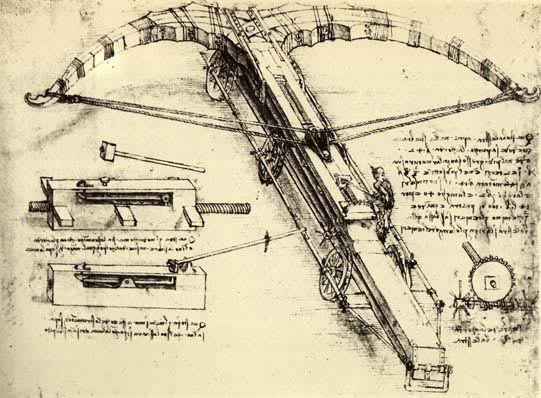 The only problem with a crossbow is that it takes so long to load most people can only make one crossbow attack each round. Because Player Characters aren’t “most people” they often are able to make multiple attacks each round. When the rules were written for fifth edition they attempted to restrict the number of times a crossbow could be fired and still allow for exceptions. Doing all of this and also keeping the rules simple and short created quite a bit of confusion. In my opinion, their subsequent attempt at clarifying the rules didn’t help all that much. This post represents my thoughts on the subject and how I deal with it using a couple of house rules.

General crossbow description: A crossbow has a wooden stock generally made from yew, ash, hazel or elm and coated with glue or varnish. The ‘bow’ is made of wood, iron or steel. The bow has a span of two to three feet. The crossbow string is made from hemp. The string has been soaked in glue as some protection against moisture. The string is pulled back by using a lever or winding a crank on a ratchet.  This “cocking” of the crossbow is what gives a crossbow the “loading” property. The crossbow bolt is laid in a groove on the top of the stock and the trigger pulled. There are two or three notches to rest the thumb which can then be lined up with the bolt forming the crossbow sight. You add your dexterity bonus to crossbow damage to represent increased precision. A crossbow can be carried already loaded with a bolt.

Using a crossbow as an improvised weapon: If you have a crossbow in your hand and you are out of ammunition or it isn’t loaded (refer to loading below) you can still use your Attack action to try to hit somebody with it. As an improvised weapon it deals 1d4 bludgeoning damage. You don’t get your proficiency bonus on the attack but you can add your Strength bonus to both the attack and damage rolls. You could even throw it at them (range 20/60). That also deals 1d4 bludgeoning damage but rather than STR, you use your DEX bonus on attack and damage.

There are three types of crossbows listed in the Player’s Handbook. Here are my expanded descriptions.

Heavy Crossbow [Martial Ranged Weapon]: The string is pulled back by winding a crank on a ratchet. Because it is a heavy weapon, small size creatures have a disadvantage when attacking with it. This crossbow is not inexpensive (50 gp) but it does the most damage (1d10) and has the longest range (100/400). It requires two hands to load or to attack with this weapon. Although it weighs 18 pounds most characters should be able to carry it with just one hand.

Light Crossbow [Simple Ranged Weapon]: The string is pulled back by using a hinged lever which pulls the string into place. Despite its name, this weapon does not have the “light” property. It is the least expensive crossbow (25 gp) and does good damage (1d8) at a reasonable range (80/320). It requires two hands to load or to attack with this weapon, but it only weighs 5 pounds and can be carried in just one hand.

Hand Crossbow [Martial Ranged Weapon]: The string is pulled back by using a lever.  It is the only crossbow with the “light” property. It can’t be used for two-hand fighting because that requires a light melee weapon and this is not a melee weapon, it is a ranged weapon.  The “light” property might come into play with other abilities or DM rulings. For instance, a tight passage where non-light weapons have a disadvantage.  This is the most expensive crossbow (75 gp) and does the least amount of damage (1d6). It also has the shortest range (30/120). As its name implies, it only weighs 3 pounds and can easily be held in one hand. You can shoot a hand crossbow with one hand but it requires two hands to load it. You can shoot a hand crossbow in each hand (if you are allowed more than one attack on your turn), but only if they are both loaded at the start of your turn.

Most of the confusion with crossbows comes from the wording of the Loading property and the  Crossbow Expert feat.

I suggest replacing both of these with the house rules listed below.

Loading. (This replaces the loading property in the PHB) You cannot attack with a crossbow unless it has been loaded. The act of loading a crossbow consists of pulling the string back and securing it, drawing the crossbow bolt, and placing it into the slot on the weapon. The act of loading a crossbow requires the use of both hands. You can load a crossbow once per Attack action regardless of the number of attacks you are allowed to make in that action. Any round in which you do not make an attack, you can use an Attack action, or your free “interact with one object” activity to load a crossbow.

Thanks to extensive practice with the crossbow, you gain the following benefits:

So, here are some examples of how the above house rules affect the game:

2) You can use your “interact with one object” option to load (but not fire) a crossbow once a round provided you use both hands. But, you can’t do this and also load a crossbow as part of an Attack action that round.

3) You cannot load a crossbow as part of a Bonus action or a Reaction.

4) You cannot attack with a crossbow as a Bonus action or as a Reaction unless it is loaded.

5) If you are holding a loaded crossbow you can attack with it in any situation that permits you to attack, be that an Attack action, Bonus action, or a Reaction.

6) If you are allowed to use your Attack action to make two attacks, you can fire a crossbow that is already loaded and then load and fire it one more time in that action. You can only load it once per Attack action.

7) If you have two Attack actions, you can load and fire a crossbow once each action. In addition, you can fire it once at the beginning of your first Attack action if it is already loaded.

8) If you have the Crossbow Expert feat, you can load and fire a crossbow once for every attack you are allowed in an Attack action, but you cannot load a crossbow as part of a Bonus action or as part of a Reaction.